Mike Kaufmann wasn’t going to get involved in any new business ventures before February.
But what started as a simple coffee meeting with a Columbus startup founder brought him out of the self-imposed hiatus early.

The former CEO of Cardinal Health Inc. joined the board of directors of telehealth startup Prescribe Fit Inc. while personally investing an undisclosed amount in the $4 million seed round that closed right after the new year. The reason was simple, Kaufmann said: When you know, why wait?

“I just saw them as something I knew I would say ‘yes’ on,” Kaufmann told Columbus Inno in an email exchange. “After spending time with (founder and CEO) Brock (Leonti), his team and few of his key investors, I knew I liked them all personally and trusted them.”

Kaufmann said he sees parallels between the 50-person startup and Ohio’s largest public company: Both are in healthcare, where he wants to devote his professional resources and he believes both improve people’s lives. Prescribe Fit benefits patients, their doctors and insurers alike, he said. Plus, it seemed a sound investment because of a strong product and demonstrated rapid growth over 2022.

“I also want to help local companies when I can,” Kaufmann said. “I have gotten so much from the local community that when I can be helpful, I feel that things local should be a priority.”

Prescribe Fit expanded to several new states last year and, after narrowing its focus to orthopedic practices, increased to hundreds of physicians prescribing its platform for remote monitoring and lifestyle coaching for weight loss and fitness.

The funding round, which raised more than its goal, added expertise like Kaufmann’s as well as providing capital to grow even faster while there’s no direct competition, Leonti said in an interview. Adding key directors as well as a separate advisory board helps structure the company to qualify for a larger Series A round.

The company expects to triple its staff this year, adding nearly 100 jobs, and likely will outgrow its office in Franklinton.

“We’re all about growth this year,” Leonti said.

Orthopedic specialists prescribe the service, which is covered by Medicare and other insurance. Prescribe Fit nurses lead teams of care coordinators who meet remotely with patients and “edit” their daily routines with simple changes so the behavior changes stick.

The latest update to its software adds more specific metrics to measure progress, such as calorie counters and surveys to track pain reduction or improvements in range of motion.

The round, led by Dublin VC firm Tamarind Hill, also included repeat investment by members of the Grote family, founders of Donatos. It was Jane Grote Abell, the pizza chain’s chairwoman, who made the email introduction to Kaufmann.

Kaufmann left Cardinal in September after 32 years with the Dublin healthcare giant, the last five as CEO after three years as CFO. His tenure brought record revenue while navigating multiple crises including opioid litigation and ongoing struggles in its medical supply division.

That first coffee meeting produced “one of the most compelling, specific, candid conversations I’ve had about what the company can do and where it can go,” Leonti said. As they were leaving, Kaufmann said to call if Leonti needed anything.

“Everyone always says that, but I felt he meant it,” Leonti said.

Then came lunch, then a meeting with more of the staff at Prescribe Fit’s office.

“He sat there with grace and talked to us,” Leonti said. “You could tell he was kind of itching for something.

“He’s a top-level, ‘A’ player that I’m honored to have as part of this company. It wasn’t even in my thoughts he would participate with us at this level, so we are truly honored.” 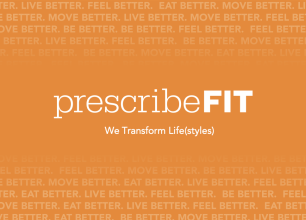 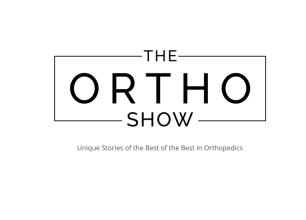